Dubbed as the spot “where all the hipsters hang out,” Sheung Wan is an eccentric neighbourhood just outside Hong Kong’s central business district.

Pushed westward by Central’s skyrocketing rents, many expats have taken their place alongside the Chinese antique dealers and dried-fish vendors that Sheung Wan is known for.

In doing so, they have begun to remake the district in their image, bringing a fresh vibe to a traditional area.

The neighborhood is known for its laidback atmosphere through its independent restaurants, cafes, boutiques, quirky shops, art galleries and pop up stores.

This truly is an area where East meets West, antique meets modern and locals meet foreigners.

As all good day-trips start, the first port of call was obviously food (a post-lunch snack, if you will).

Passing lots of independent cafes serving MSG-free Vietnamese food and Korean takeaways with the limited-choice menus that I like, we both fully agreed on the street corner haven, known as Yonge Piggies. 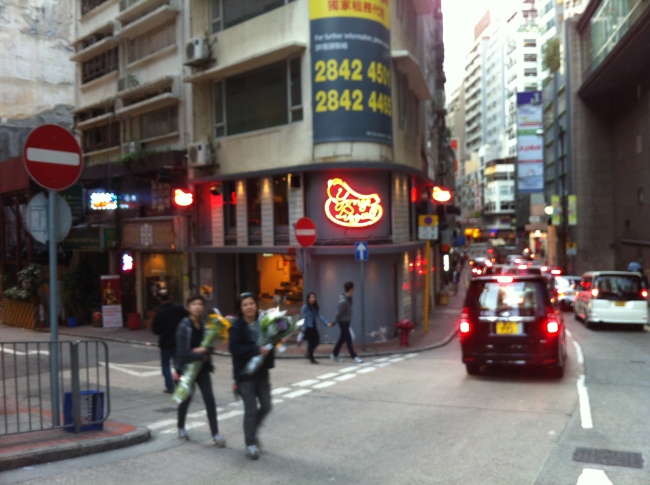 Channelling an American Diner vibe AND offering pulled pork sandwiches, we could hardly say no!

Yonge Piggies pays homage to hot dogs, which are a food staple of Toronto culture.

The menus were awesome; I’m definitely trying the Chocolate Bacon milkshake next time!

Food in hand, we excitedly popped over the road to try our Toronto goodies among the fairy lights…

Even their packaging is cool! 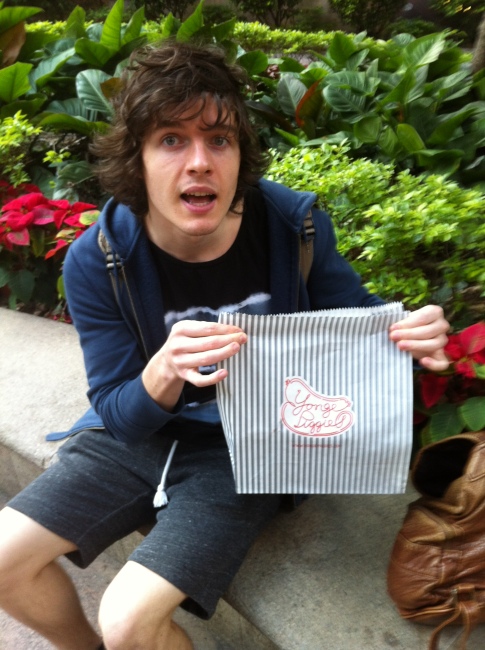 We shared a Classique Poutine and a Pulled Pork Sandwich, which were both pretty good!

The chips were average, but we enjoyed the combination of cheese and gravy.

It’s so simple; I can’t believe neither of us had tried it before!

The sandwich was good; the bread was soft and the meat was perfectly flavoured and melted in your mouth!

I wished there was more of it! 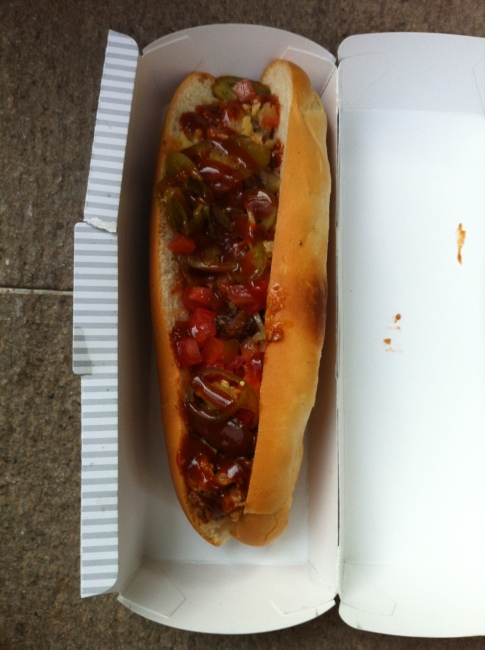 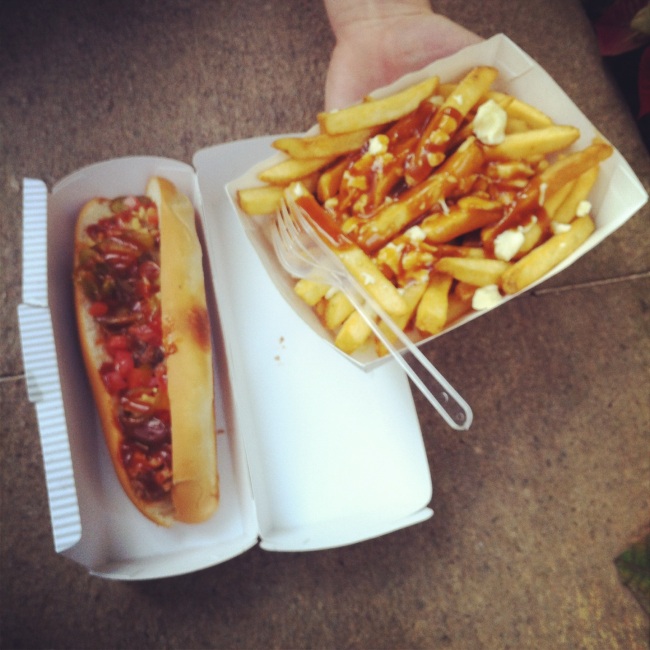 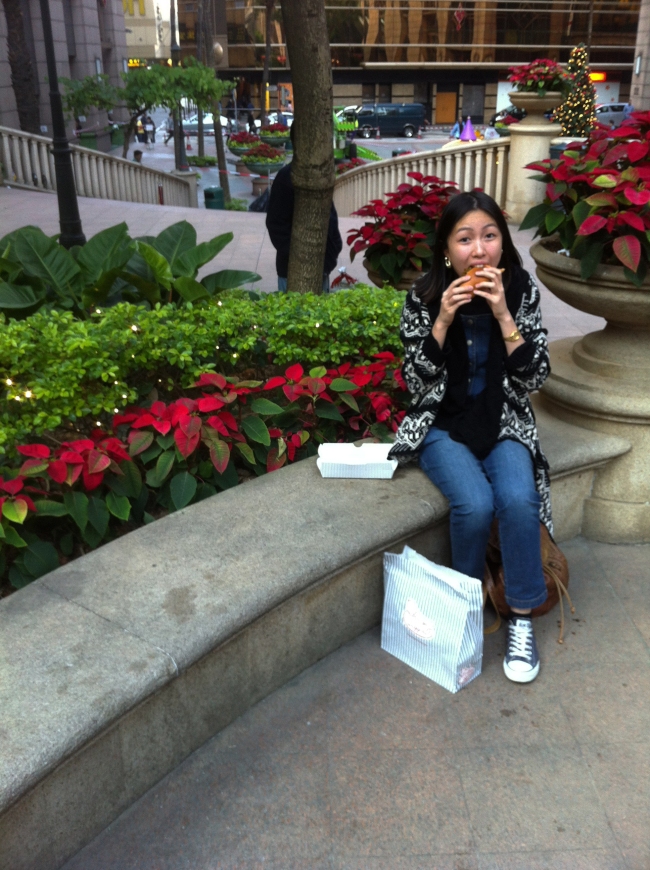 Walking off our afternoon snack, we adventured uphill and came across market stalls, 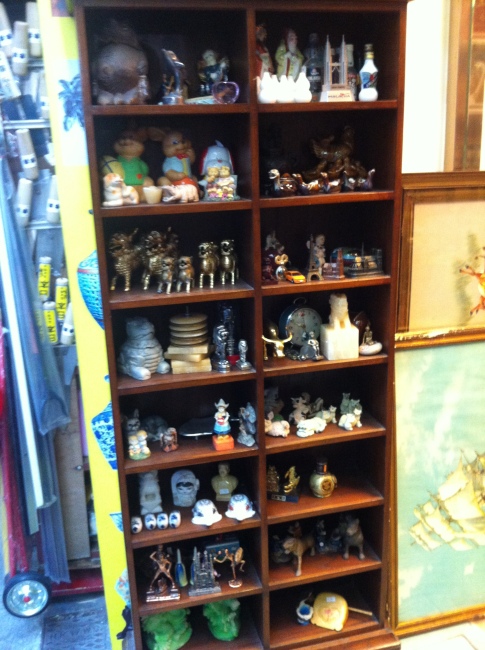 And some cool stickers. 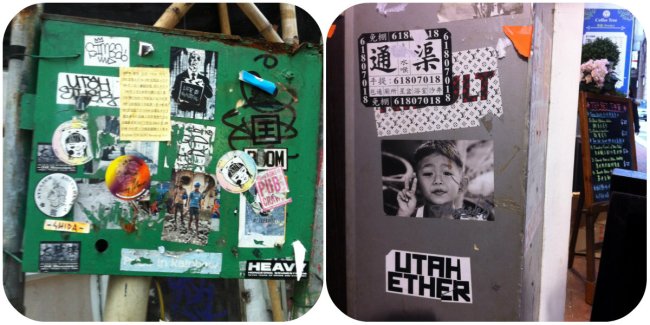 Unknowingly, we had made our way back into Central!

However I didn’t really mind though, as we came across Vintage HK  – they had some really beautiful rucksacks and handbags, but were a tad too pricey for me.

After a brief rummage through the vintage, we followed the road signs to Man Mo Temple. This is a tribute to the God of literature (Man) and the God of War (Mo), who were both worshipped by ambitious students hoping to succeed in the civil examinations of Imperial China. Rigorous systems were used to find the best administrative officials for the state. Built in 1847, this remains the largest Man Mo temple in Hong Kong.

As the exterior of the building was under construction on our visit, I thought I’d show you guys a photo of the temple without bamboo scaffolding all over it!

The interior is full of red and gold… 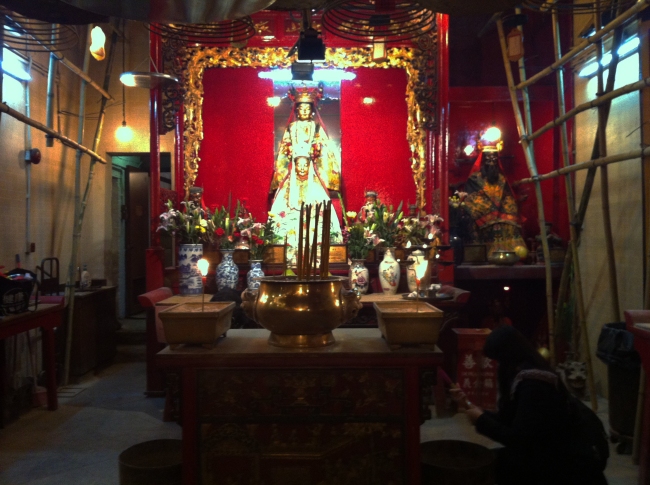 They’d even decorated for Christmas, by the looks of it. 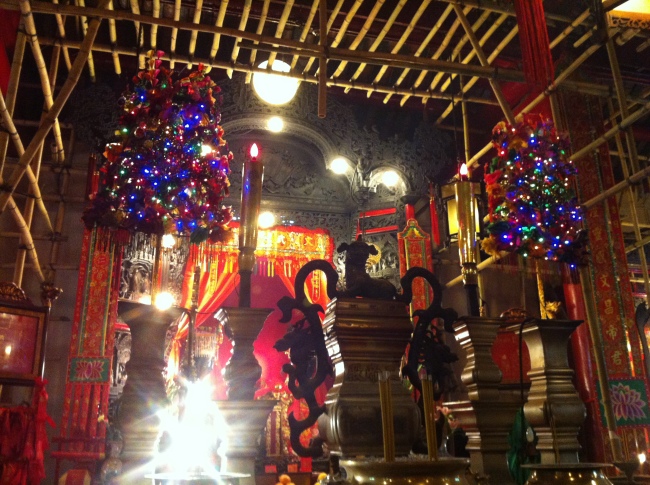 Worshippers light bundles of incense sticks and place them in bronze urns to bring good fortune, while giant coils of burning incense fill the ceiling.

Despite being a small temple, the decorations are pretty impressive. 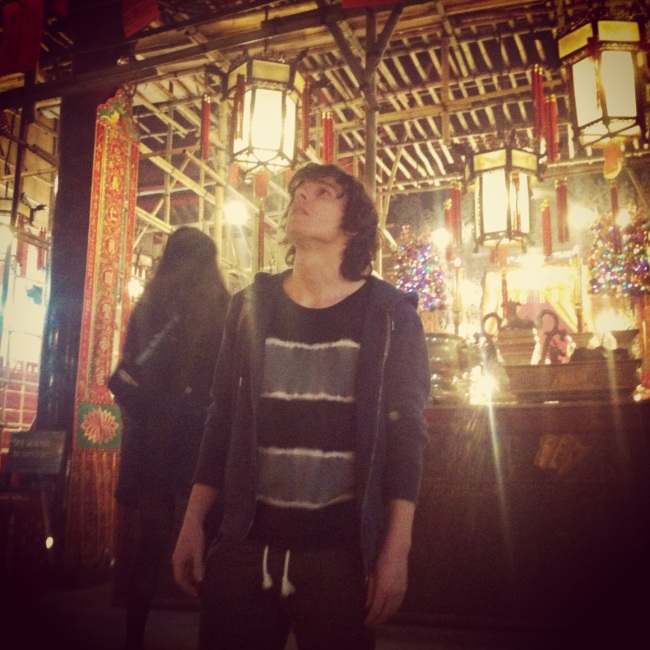 After our visit, we wandered down Hollywood Road, which is filled with antique shops of all sorts, including items such as; Chinese furniture, Buddha sculptures and Tibetan rugs etc.

We also came across a shop selling ivory tusks. Obviously we are against this, but it’s undeniable that whoever carved the detail on this tusk is extremely talented!

This photo doesn’t really do it justice, but I had to be sneaky! 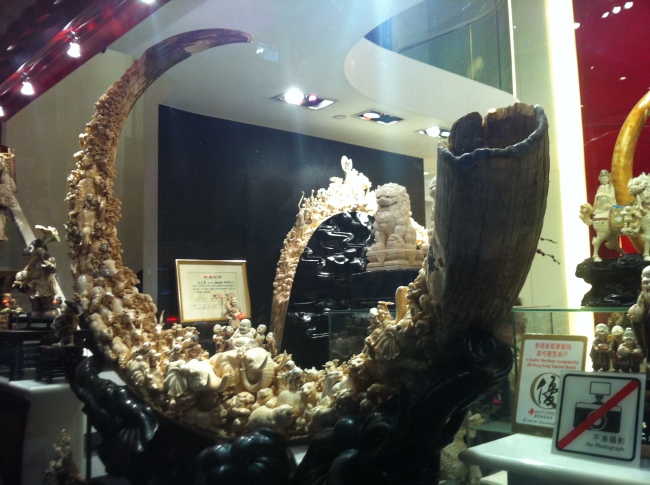 Somehow making our way back into Sheung Wan, we came across the Lomography shop, where Ryan brought me an early birthday present! ^.^

With tired feet, we decided to call it a day and made our way back to the MTR station, passing some inspirational graffiti on the way… 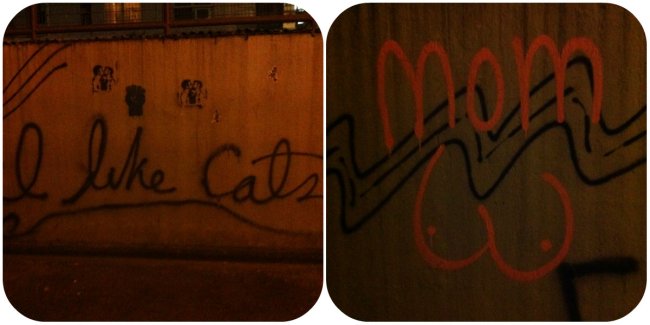 Hearing the hiss of spray paint around the corner, we peeked over to find 3 school kids getting creative. You can just about see them here, the cheeky monkeys!

Sheung Wan was great, but I feel like there’s a lot more to see…